Eventually, after months of efforts by all the loved ones and practitioners, and beyond the expectation of senior executives and experts from many public and private organizations, the 2nd International Symposium of Project Managers was held at the Faculty of Management of the University of Tehran. Below is a pictorial presentation of the ceremony to be presented

After accepting guests and participants and issuing the entry cards that has been begun at 7:30 am,the symposium officially started by  reciting verses from the Holy Quran and playing the National Anthem of Iran at 8:30 pm,

Mr. Moein, on behalf of PMPiran’s Leading Leadership Company, has begun the program by welcoming the audience by expressing some concerns in the field of project management 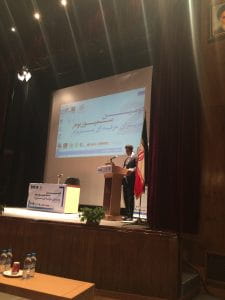 After that, the first presentation was presented virtually by Dr. Ralph Friedrich, he presented the introduction of Virtual Maturity Model .(VTMM) and the importance of virtual teams and some of his experiences in virtual communications 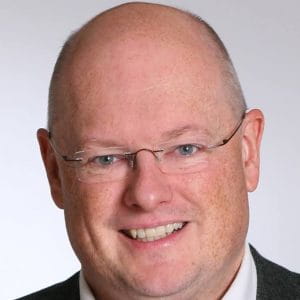 Mr. Haji Hosseinzadeh described the great project of Forozan and the successful and unsuccessful actions that were taken to complete the project 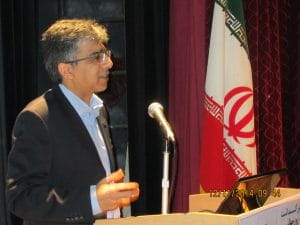 The participants spent some minutes relaxing and communicating with each other

Mr. Hossein Zadeh talked about Shandiz’s cloud project, and the steps they took to speed up the project and increase the concrete record of Iran and the world 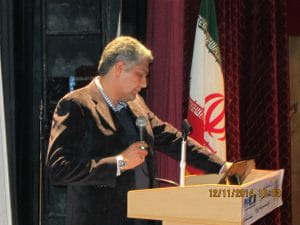 Dr. Shaheee introduced some of the skills needed by project managers to better project management and explained their application 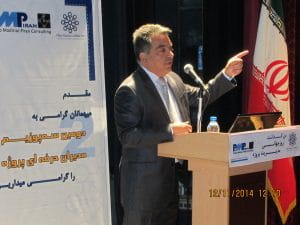 Then it was lunch and rest time 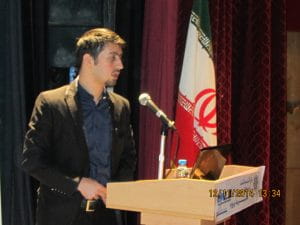 After a while Mr. Safari talked about the new agile management approach in implementing projects and the difference between new and old approaches 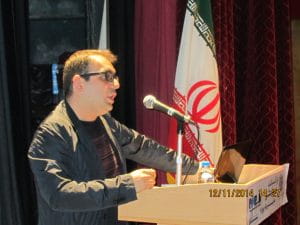 In a special program, Mr. Mottaghadi described the history of managing ancient Iranian projects dating back 3500 years old, such as Choghazenbil and Persepolis, and explained some of the more recent architectural projects of the Qajar era and their implementation and management of projects and their compliance with the project management standard

Another opportunity to relax and chat friendly 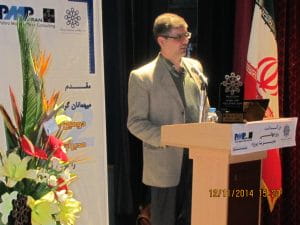 .Dr. Parchami, in a very simple and sometimes comforting way, described the complex legal concepts governing contracts, and said that they were important to adhere to the promises

At the end, the ceremony ended by the appreciation and appreciation of the symposium’s professors and sympathizers as well as some of the members of the Scientific and Policy Committees of Symposium